Doug Acton’s family has been in Shelby County, Alabama since before there was a Shelby County. His story goes something like this… 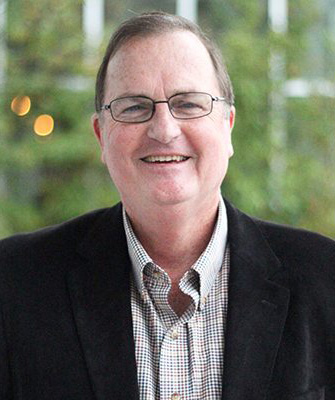 James Acton left North Carolina shortly after the United States of America was founded, joining others on their trek into the western wilderness. While traveling with other frontiersmen, this Acton became captivated with the beauty of the Cahaba Valley. So much so that he returned to North Carolina, gathered up his family and set out to stake his claim on this part of what would become Shelby County just south of present-day Birmingham.

Building must by in the Acton blood as like his great-great-great grandfather, Doug Acton followed in the family footsteps and entered the construction industry after graduating from Auburn University. After learning different aspects of the business working for others, Doug struck out on his own in 1989 founding D.L. Acton Construction Company.

Quickly Acton Construction became known for high-quality work with a focus on customer service. Over the years, the business expanded to Tennessee, Georgia, Florida, Virginia and Louisiana and as one of Acton’s guys said, “there’s not one person from the owner of the building to the laborers who doesn’t know Doug Acton. He traveled throughout the region personally supervising project.” Under his leadership, D.L. Acton developed a strong reputation with Design/Development groups for its “team approach” in the design and construction of commercial building projects.

With more than 30 years in business, Acton began to think about a succession plan and transition to the next generation. To do this he turned to Ironline.  Stan Bailey, Chairman of Ironline Advisors, stated, “I have known and worked with Doug for several decades, always respecting his knowledge and integrity as both a general contractor and businessman.”

In December 2020, Acton completed his leadership and ownership succession plan through the sale of the Company to its current President, Brandon McLemore. With over twenty years tenure with D. L. Acton, McLemore formed McLemore Building, LLC to complete the acquisition and will continue to operate as D. L. Acton Construction. Both Acton and McLemore enlisted the advisory services of Ironline Advisors to successfully complete the transaction.

Which brings us to the next chapter in Acton’s career.  He will apply his construction expertise to expand Ironline’s advisory services with general contractors, subcontractors and building-related businesses throughout Alabama and its surrounding States. “There’s no better representative of Ironline than a business owner who has organized and successfully implemented his succession plan,” continues Bailey. “We know he will be an asset and wise counsel to other construction-related business owners through his recent transaction experience.” 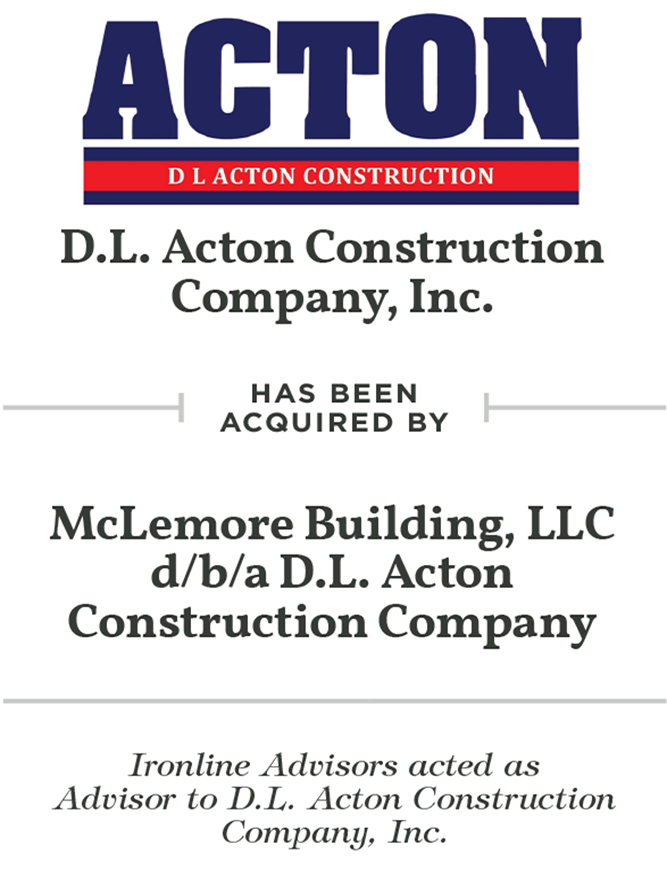 Why Ironline?
I’ve known Stan and members of his team for decades and wanted a group I could trust to help us develop a plan for transition from me to Brandon. Ironline isn’t just an M&A firm, but a group of seasoned business professionals who have owned their own businesses and were able to look at what we were trying to do from many different perspectives.

Once the deal was done, why join the Ironline team?
I enjoyed the process and learned a great deal during our transition. Having been in the construction industry as long as I have been, I know a wide range of people – from vendors to subcontractor to suppliers and other contractors – who all will ultimately need to develop some sort of future plan whether it’s for success or just growth.

What excites you most about your role at Ironline?
It allows me to stay involved in the industry I love, but also help others who are or will be struggling with succession, growth, etc. I, like the whole Ironline team, believes that to be the most helpful and effective, you need to have an intimate knowledge of the industries in which you are advising. This opportunity allows me to put my construction expertise and knowledge to use in a new way.